After being cooped up all winter my daughters and I hightailed it to the backyard and spent the day outdoors digging in the dirt. We accomplished many of the chores I mentioned on Friday (wait they weren’t chores because I enjoyed doing them!). One of those tasks was a rearrangement of the vegetable garden. I wanted to move four small raised beds out of the center and install a retaining wall stone raised bed.

The obvious advantage to stone for raised beds is that it won’t rot like my old wooden beds have done. In fact I noticed that the small raised beds I put together last year have some significant rotting along the bottom (see my last picture in this post). They might make it through this year but definitely not another garden season. Because they are wooden they feed the soil as they break down but in the long run they are more expensive to keep replacing than the stone beds.

Here’s a closer shot of the circular stone bed. It’s about four feet across. The ground slopes downward to the left which made leveling the circle a challenge. It’s not set like a retaining wall should be with layers of gravel underneath but it doesn’t need to be. It just needs to hold the dirt inside.

Three of the beds that once occupied the area are now in a U shape. Mostly because I thought it looked neat but also because they are easy beds to reach across. These may end up being our greens and beans beds.

The fourth small bed was moved over an existing 4’x6′ bed which turned it into a tiered raised bed system. The left side will get more shade which might be conducive to growing greens a little longer into the summer.

You can see how much those boards that were new last year have rotted in one season. It all depends on the moisture. Dry years will help the boards last longer but it’s been very wet lately. That’s not a bad thing, unless you are an unpressure treated raised bed!

I hope your weekend was as wonderful as ours was!

Here’s an update on the circular raised bed! 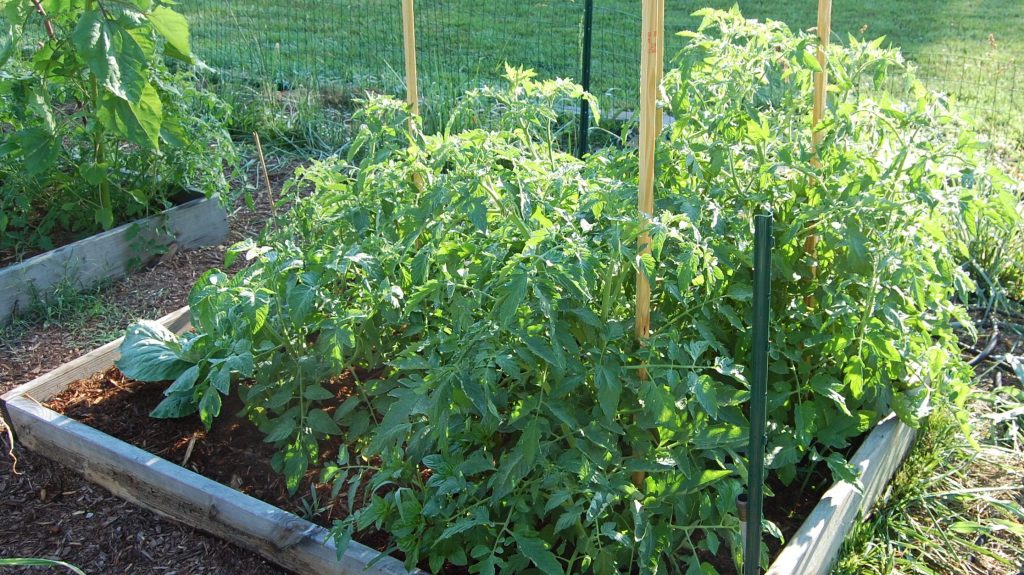 8 Benefits of Gardening in Raised Beds

Dave February 20, 2008 21 Comments
Why should you consider raised bed gardening for your vegetables? It’s a good question. The alternative is to put the garden in the ground which…
Read More 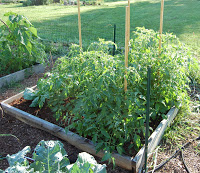 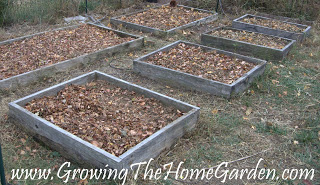 5 Situations that Call for Raised Beds

Dave November 15, 2013 1 Comment
Here at Growing The Home Garden I’m a huge proponent of raised bed gardening.  Raised beds can be made of all sorts of materials and…
Read More

6 thoughts on “The Circular Raised Bed”