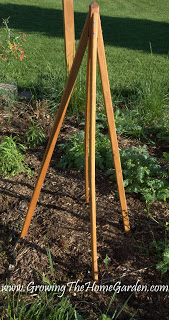 Last Sunday I should have posted about the Grow Project with the Nasturtium seeds but unfortunately our internet connection was out and the weather didn’t let up until Sunday night. There’s only so much blogging you can do without computer/internet access! I’ll update you on the progress of the ‘Spitfire’ Nasturtiums again in the future and hopefully I’ll have a bit more to share as these plants are still quite small. To bring you up to speed on the nasturtium progress I planted two of the nasturtiums that I grew from seed in the ground last week (See the previous Grow Project: Nasturtium Post) at the base of this garden obelisk I made during the Arbor project last year. The obelisk was made from leftover scrap material from the arbor’s construction. It’s a little bendy on one side but still functional.

Since the nasturtiums should grow to at least 3 feet I thought this would be the perfect way to display them. They will grow up the obelisk and cover it with foliage and blooms throughout the summer. At least that is my goal! 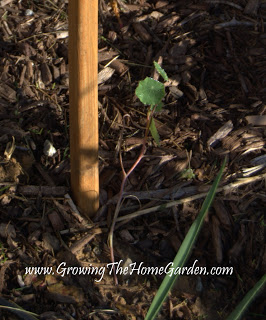 I’m growing Nasturtium “Spitfire” for the GROW project. Thanks, to Renee’s Garden for the seeds.

Also since I didn’t get a chance to post my usual weekly recap post I’m a couple weeks behind. Here’s my attempt to catch up!

Saturday May 1-Monday May 3

2 thoughts on “Grow Project: Spitfire Nasturium on a Garden Obelisk”